A History of Hope

Hope Presbyterian Church is thankful to be involved in God’s expanding, kingdom building enterprise as a local expression of Christ’s Body, the Church. We are a member congregation of the Presbyterian Church in America, standing upon the authority of the Bible, the historic faith of the redeemed saints, and a firm Reformed foundation. Our purpose is to make Jesus Christ known through the faithful teaching, preaching, and daily practice of the Word of God, the Scriptures of the Holy Bible.
Hope Church began as a daughter congregation of Smyrna Presbyterian Church (PCA). A Bible study with several families started in 1979 at the home of Hadley and Mary Stephens. In 1980 the group began meeting for Sunday worship at the Jolly Land Day Care Center on Canton Highway. Rev. Billy Davies, an assistant pastor at Smyrna Presbyterian Church, served as the organizing pastor. As the church plant began to outgrow the rented facilities in 1981, the Lord provided the opportunity to purchase a vacant church building and two acres of land on Steinhauer Road. By 1983, the church had become self-supporting and was officially organized by North Georgia Presbytery as North Cobb Community Church. 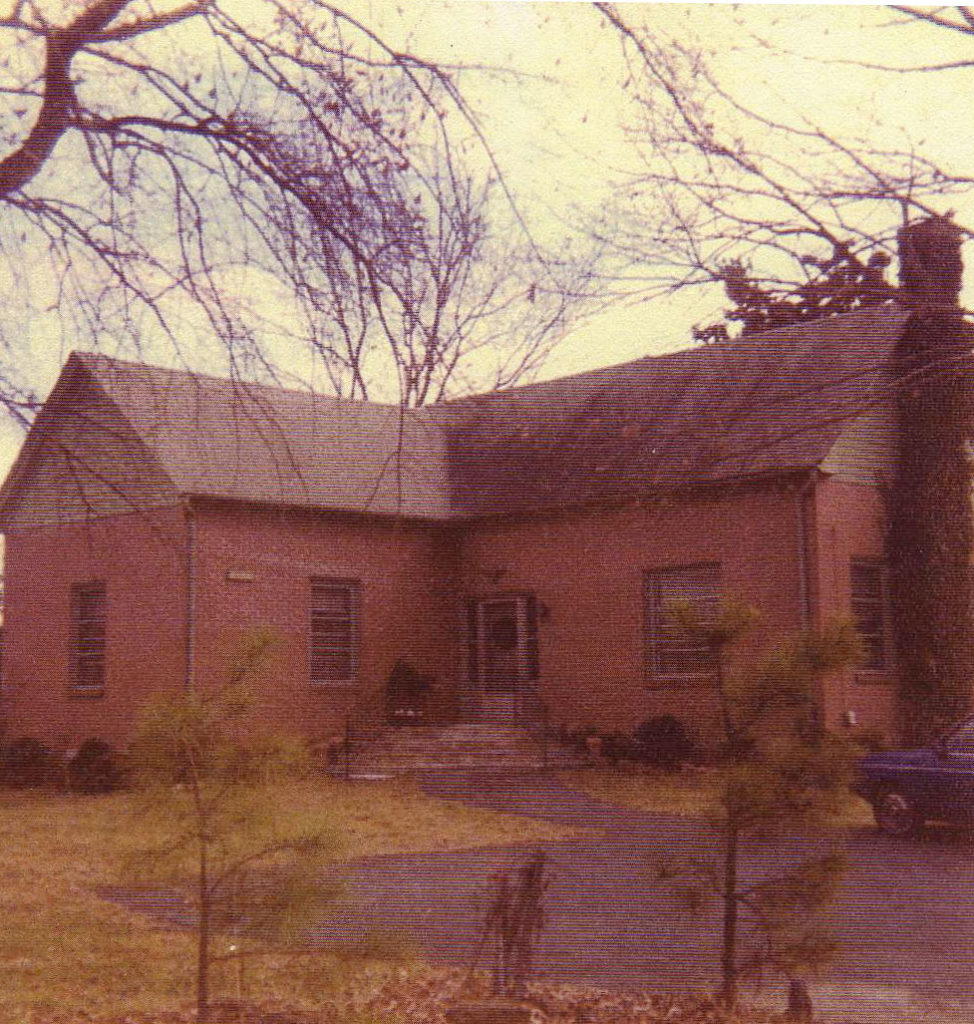 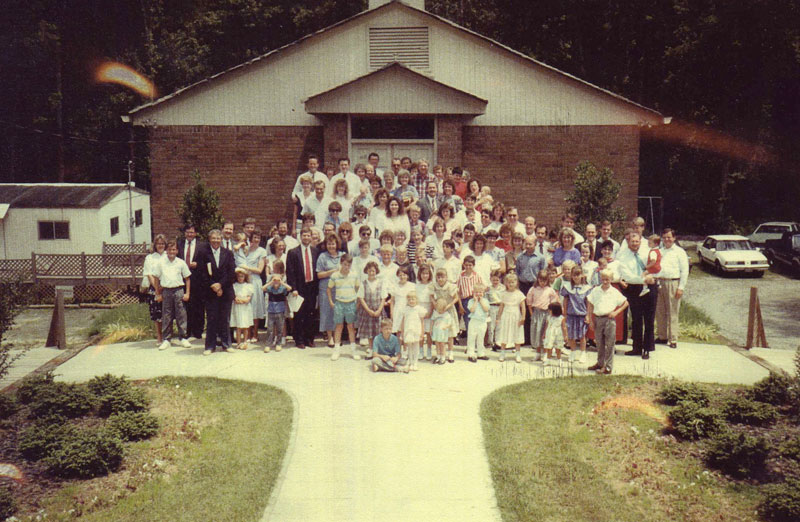 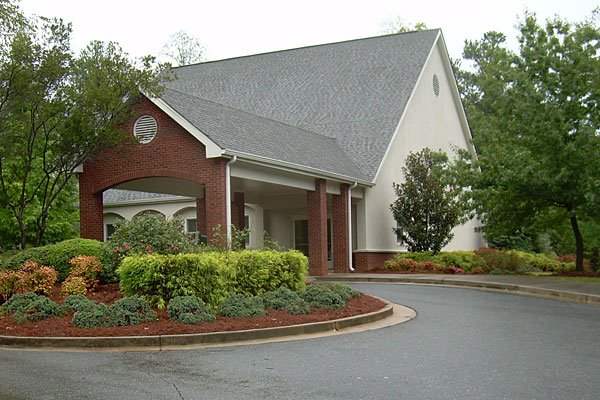 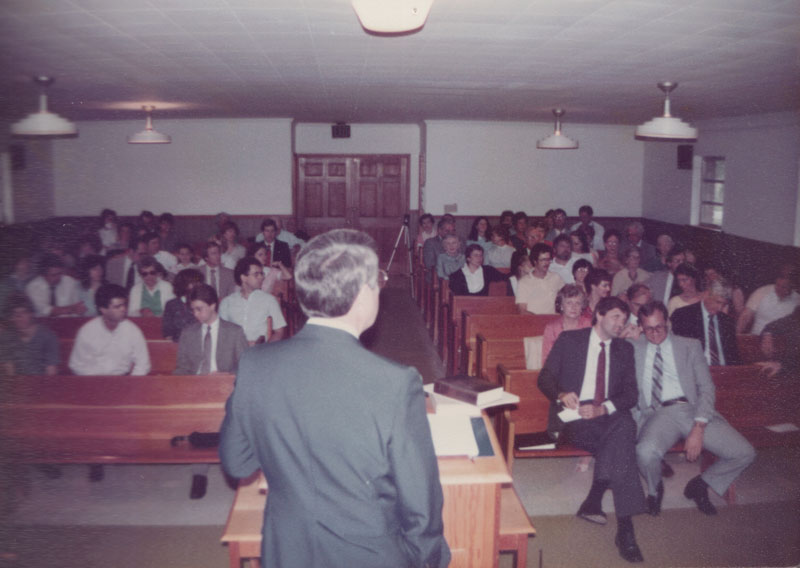 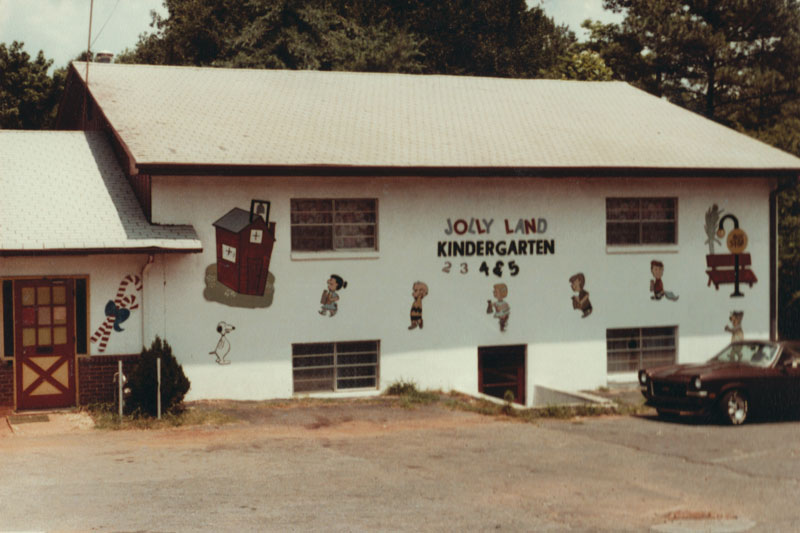 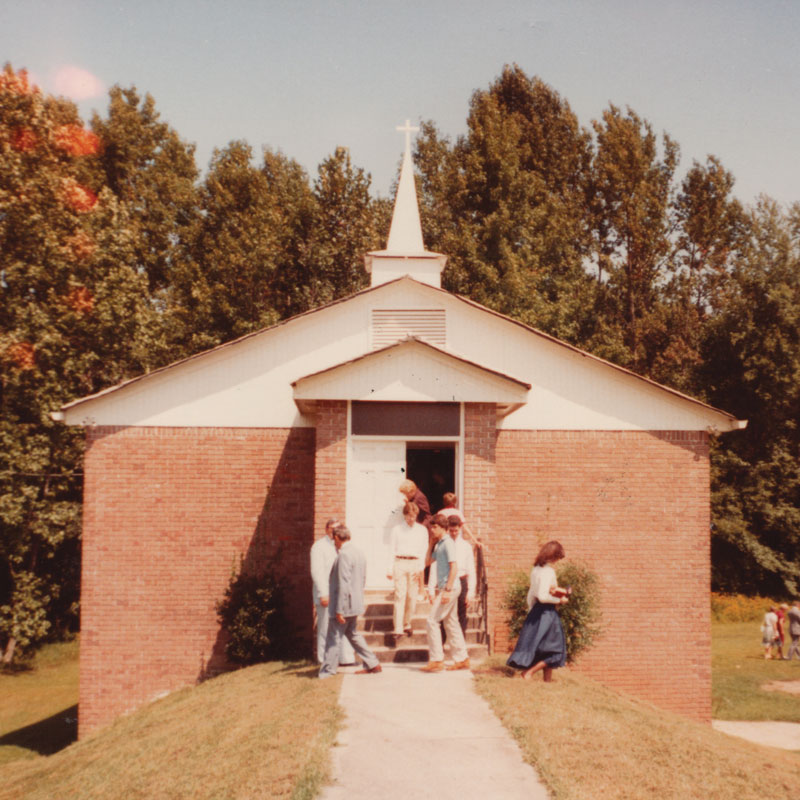 In 1985 Jim Powell was called to serve as Hope’s pastor. A short-term campaign was launched at the time in order to remodel the old facility, while making a long-term commitment to move to a larger and better site. The name of the church was changed in 1986 to Hope Presbyterian Church, in anticipation of our eventual move to a new location.

In 1987 two modular buildings were added to meet the pressing need for more space. Curt Gardner became an intern at Hope and was called to be the first Assistant Pastor in 1989. Rev. Gardner went on to serve as the organizing pastor of Trinity Presbyterian Church in Richmond, KY. where he continues to serve God’s people.

Space for ministry at Hope continued to be a challenge. And so in 1988 the 8.4 acres property on the corner of Sandy Plains and Wigley Roads was purchased. The last worship service was held at the Steinhauer Road facility on July 15, 1990. The Church then met at Mabry Middle School until the new facility was ready. Ground breaking for the Sandy Plains facility occurred on June 23, 1991 and the dedication was held on Jan 19, 1992.

In 1995, Rev. Powell left Hope, accepting a call to establish a church in North Carolina. Rev. Bob Sweet was then called to serve as the Interim Pastor. Rev. Sweet provided solid pastoral care and faithful guidance until April of 1996, when Rev. John Ragland was called as Hope’s new Senior Pastor.

In 1996, the youth director, Allen Vargo left to begin his studies at Covenant Seminary in St. Louis, MO to prepare for the Gospel ministry. He completed his studies in 2000. In 1996, Alan Schumacher was called to serve as youth director, and served Hope for five years. The Rev. Zack Carden was called by the session to serve as Assistant Pastor for Youth Ministry in October, 2001 and began serving Hope in December 2001. He served Hope for almost two years, developing good relationships with the youth, and providing them with solid teaching and discipleship. In October 2003, Zack accepted a call to Covenant Presbyterian Church in Chattanooga as their youth and family ministries pastor. Since that time Rev. Carden has become an executive pastor at the Church of the Apostles in Atlanta.

During 2001, in response to growth in membership and increased ministry programs, more parking spaces, and a modular educational annex were added to the existing facility. This was accomplished through existing resources and designated giving, without taking on additional debt.

In January of 2005 Martin Hawley was given a call to come and minister at Hope. He began full time ministry to the congregation in April of 2005. Rev. Hawley and his wife Shari, both past members of the church, continue to serve Hope Church’s family. Martin had previously served the congregation in the summer of 2004, helping the church to manage during the beginning of its search for a new senior pastor. Rev. Hawley pursued continuing postgraduate education after completing his MA and MDiv degrees in 2005. He has since completed a ThM from Covenant Seminary in 2014, and in 2020 a PhD from the University of Aberdeen in Scotland. During Martin’s tenure at Hope, the church accelerated its mortgage payment schedule and has since completely retired its debt on the property and building.

In June of 2005, Hope also called Rev. Ted Lester (who had been serving as a part time Assistant Pastor) to half time responsibility as Assistant Pastor for Family and Educational Ministries. In January of 2006, Asst. Pastor Lester assumed full time ministry responsibilities. Pastor Ted was previously the founding pastor of Cherokee Presbyterian Church, first located in Woodstock, Georgia. That congregation later moved from Woodstock to Canton. In 2009, Rev. Ted, along with several church members, felt the calling of God to plant another church to serve Woodstock. Hope, acting as the mother church, assisted this group in birthing what became Christ Covenant Presbyterian Church (PCA).

Hope Presbyterian observed its 35th anniversary in the fall of 2018 and most recently (2020) celebrated the installation of a new lighted digital sign at the intersection of Sandy Plains and Wigley Road.